Find this article on here

The first ever Augmented World Skiing Championships has taken place in the French ski resort of Alpe d’Huez with hundreds of people attending the weekend of competition and just under 50 people entering the race itself.

The event is designed for skiers who are assisted with exoskeleton devices and included a giant slalom race and a ski trail tournament.

The men’s giant slalom winner was former British Team skier Ashley Kay with a time of 61.61 seconds with the women’s number one spot going to former Australian Winter Olympic skier, Marilla Guss with a time of 63.32 seconds, giving her second place overall in the competition.

“It was great to be part of this competition, the first ever of its kind,” said Ashley Kay, now a ski teacher based in the 3 Valley’s, “I’m sure we will see it grow over the coming years and attract even more serious racers, without losing the fun and welcoming atmosphere that is inclusive to all levels. I’ll definitely be back again next year to defend my GS title!”

Besides the competitive elements of the event, the Championships were also a place for  socialising and meeting like-minded skiers who all use exoskeleton devices when skiing. The founder and organiser of the event Ophélie David, is a former member of the French Alpine Ski Team. 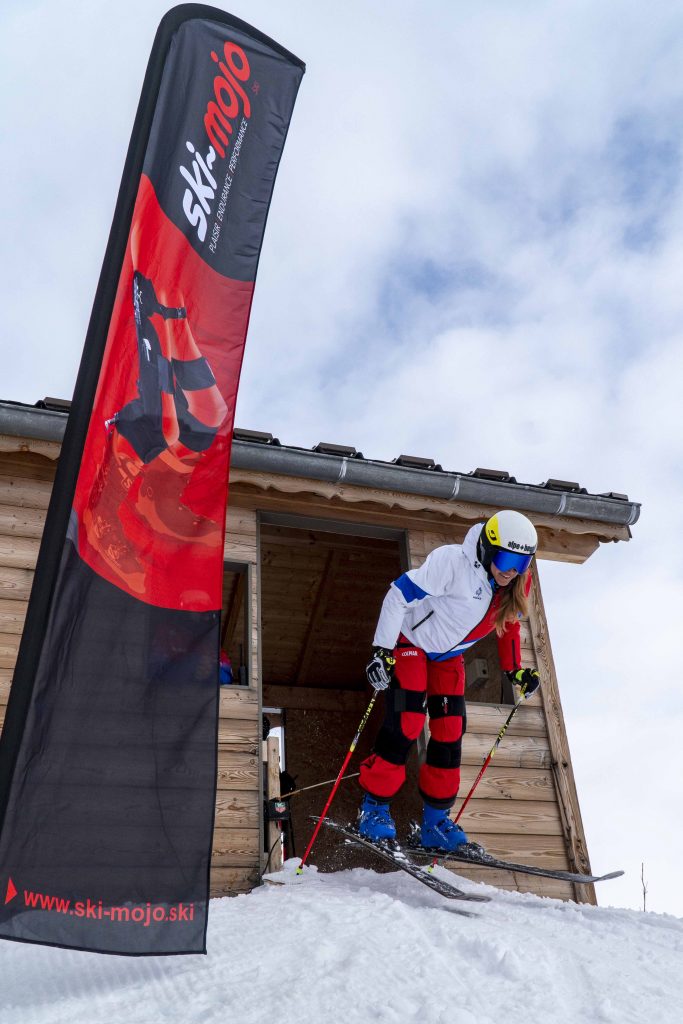 Tirion Hannaford from the company ski~mojo, one of the official event partners, who attended the World Championships and participated in the race, said: “There was such an amazing buzz and energy around the whole weekend. Lots of people including myself had never done a ‘proper’ race before. The ski~mojo gave me a sense of security as I knew even pushing myself my knee was secure and even if I had fallen the mojo would have protected me. Bring on next year’s race – can’t wait!”