I tested the Ski~Mojo

AT AUSTIN POWERS, MOJO IS A CLEVER MIX OF LUCK, CHARM AND SEXUAL VIGOUR THAT MEANS THAT NOTHING STANDS IN HIS WAY, DIFFICULT MISSIONS OR WOMEN. BUT APPLIED TO SKIING, WHAT DOES MOJO MEAN? THE ABILITY TO SWALLOW THE BELLEVARDE FACE OR THE SWISS WALL WHILE REMAINING INCREDIBLY SEXY?

The Ski-Mojo, I am told, is an exoskeleton. At this word, I switch from Austin, from Powers to Steve, the one worth 3 billion, and imagine myself hurtling down the slopes – looking like I’m in slow motion – with a metallic boomerang sound. But I’m taken back: Steve Austin is a bionic man, transformed from the inside out; an exo-skeleton, on the other hand, is an external structure, attached to one or more limbs of the human body, which allows it to regain mobility or increase its capabilities. The concept has mainly been developed in the military and industrial fields or in connection with motor disabilities, but in this version adapted to the world of sliding, it is for you and me, who are neither warrior nor handler, and still in good working order.

So I set off to test it in real conditions in Avoriaz, with Jean-Marc Glaude, the Mojo-master. He starts by attaching temporary supports to my ski boots – the day I get my own exoskeleton, he’ll screw them on permanently. I then slip into what looks like a harness, strapped in at pelvis level. Between the two, Jean-Marc installs on the side of each leg the famous skeleton – the model for people under 75kg, there is another one for the strongest – which consists of two neoprene-covered tubes articulated around a large spring. It’s a so-called “unloading” mechanism, once engaged, it should relieve me of 1/3 of my weight, absorb shocks and limit, if necessary, the pain in my back, hips and knees. I wear it on my spindle, but it could just as easily be slipped under a pair of trousers. A few more adjustments for my size and I’m off! 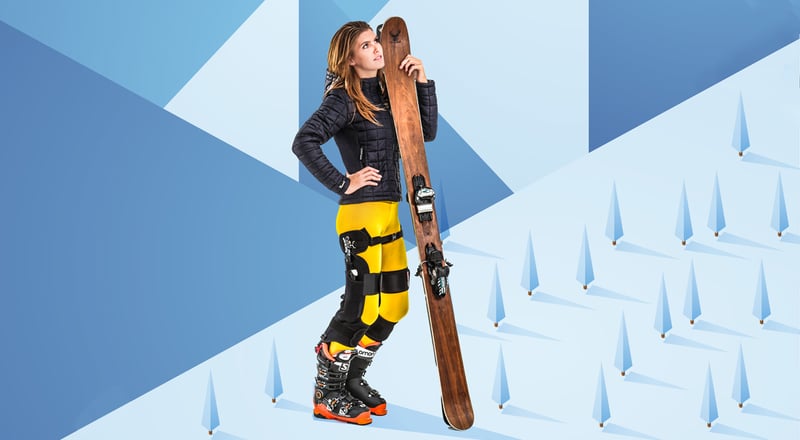 I immediately want to put my body weight backwards, to better feel the effects of the equipment. Unless I want to let my spatulas live their own life, it’s a bad idea, obviously. But once I put the equipment back on correctly, it was difficult to evaluate the benefits in the first few turns. Until the middle of the third descent, when, once I’m used to my shell, the Mojo-master asks me to disengage the system. Each of my legs then seems to weigh 10 tons and my buttocks double that! No more lightness, back to gravity. It was even more obvious at the end of the test: in very little autumn shape for this restart, after 6 runs at full speed, my legs were barely tired. But, on the way back, unloaded from the exo, I have to stop every three turns to re-oxygenate my thighs, which literally burn from the inside. With my tongue hanging out and my cheeks crimson, there’s nothing sexy about me anymore… I want my mojo back!